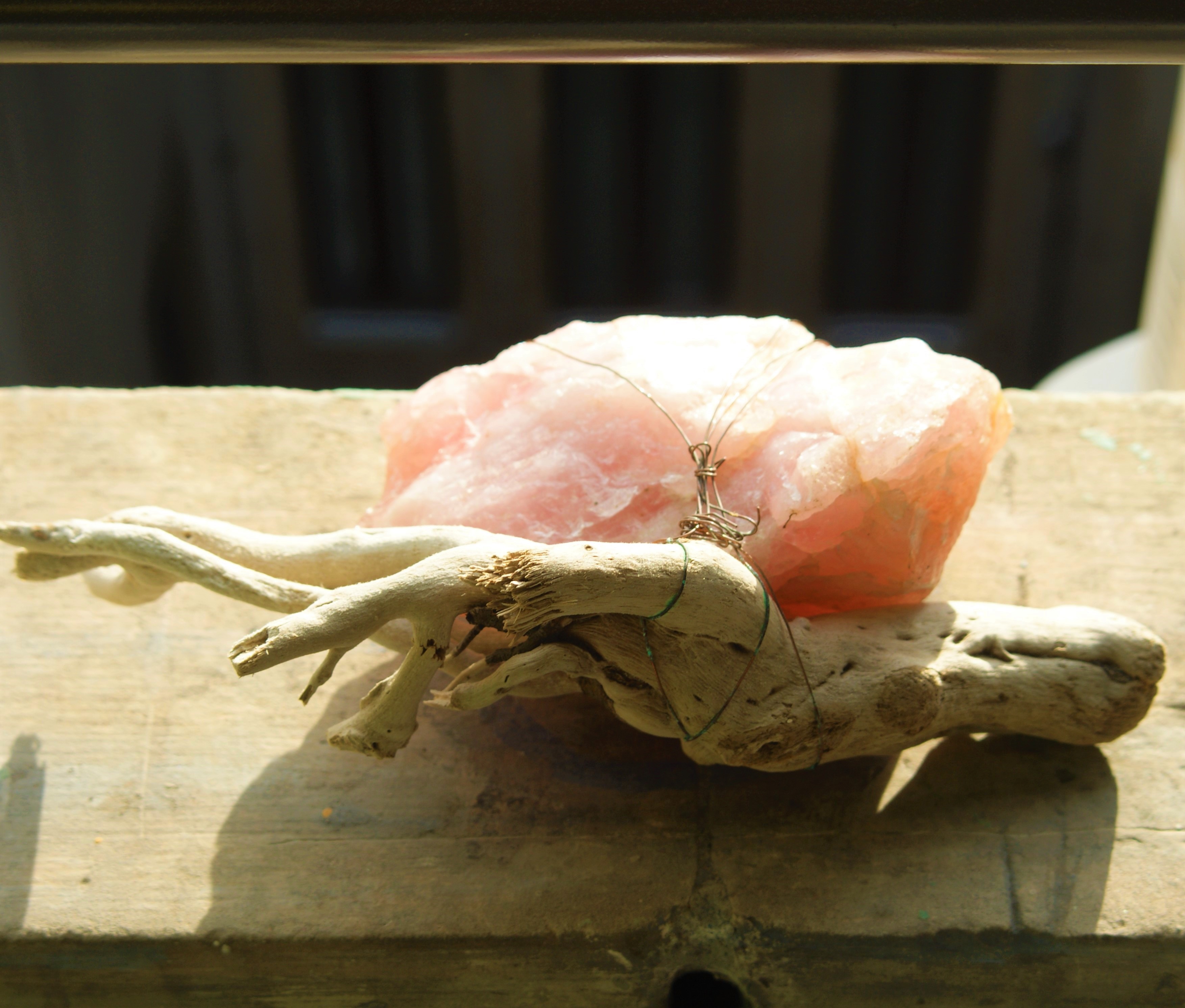 His Art is dance. It’s prayer.

He has traveled, he has seen, and he has witnessed life. A life that he wanted to dedicate to Love, Union, to the desire to see beyond that “beyond” that has no limits, nor spaces that border.

The key messages of his precious work are peace, serenity, harmony, contamination of positive energy that can bring about a dialectic linked to a universal language.

Claudio Arezzo di Trifiletti is the dreamy and concrete artist. He grew up in the city but has always savored nature, immersed in the countryside, falling asleep underneath the stars. He loves nature because he believes in its immense creative force that is already prayer. “I continue to create, I find my prayer there.” And his prayer is also revealed in the intimacy of the work that proves him to be a Mediterranean artist: “A brush glides, crosses, traces. Lines meet, creating containers, bodies embrace, which narrate the life that continues. ”

In his poetry “Lampedusa” he reveals: “There is a kind of intelligence that enhances the experience of living, an ‘emotional intelligence’:  the ability to feel, to be moved, to ‘understand with one’s heart.’” You have to create a fairy tale to live better.

The artist is a man first of all, a man who doesn’t pretend, whose heroic act is a tangible testimony to the authenticity of the works that he realizes: “a hero is the one who lives in a story that does not revel, who fights monsters by making peace, humiliates the enemy by loving him; the hero does not ask for compensation, he does not live among incense, he does not ask for consensus, he has a heart that burns, and a soul where words have a following. The hero does not fight for himself, but for those he loves.  A hero does not exist without love,” he says.

Love for Life, in the sacred sense of the term, is widely found in his works:

“It is chromatic dynamism in a burst of colors that bring a dreamlike dimension to the existing combination of myth, philosophy and dream. In fact, these are the elements that characterize the work of Claudio Arezzo di Trifiletti that are manifest to the fullness of life and the “magical visions” that contrast between what is real and what is fictional.

Faces and figures that follow, intertwine, amalgamate in order to undertake a journey, a spiritual journey as well. In the characters there is the artist, the soul of the “creator” who expresses himself with his thoughts, free and constantly evolving, in the constant pursuit of self-knowledge. And here he reveals himself, through his work, to focus on the concepts, the wise philosophy of man who devotes his life entirely to art to “surrender to the world” and to entrust especially his “inner dimension”.  Keen observer of what is around him, in his work the soul emerges, free from any social convention. The spirits of those who flee from appearance to actually give life and voice to the essential emerge. “

He is a figure of light, no doubt. But we would like to find out more: in what context does he live? How does he work? What energy feeds his thought as a charming and charismatic man? Who really is this artist considered multi-talented?

Lavinia D’Agostino writes of him: “He transforms everything that happens to end up in his hands: from an old TV set to a plow disc, from an old family ring to the one found in the dumpster. Claudio Arezzo di Trifiletti, a direct descendant of the Sicilian noble family, is a versatile artist.”

Steeped in Christian faith and a strong spirituality, he lives in a house that looks like a museum with a large private collection of paintings, installations and many memories. “For me home means a nest, protection, container, warmth,” he says welcoming us. Already on the landing there is a large mural: “It represents the union between East and West – explains the artist – with candles on Japan, in memory of the Fukushima disaster.” Below are the stones, from Mt. Etna, and even pieces of wood carvings and because the artist lives in a world of connections where nothing is random, for his art is inspired by objects, or rather, by the vibrations that they transmit, the story that they bring with them. “I very much believe in the vibrations of the earth through which we are connected with the whole world.” Claudio defines himself as a tool, rather than an artist, an intermediary of a higher project: “When I paint I’m in a state of semi-trance, everything is prompted by feelings, emotions and signals.” Whatever his inspiration might be, in the large apartment in which he lives, on a fifth floor in the center of Catania, you can breathe a positive energy. Here everything is colored, painted, regenerated.

Claudio Arezzo di Trifiletti is a man with special sensitivity, perhaps old-fashioned, but still rare. After a trip to India he understood that he had to follow the road of art. From there the first exhibitions. First in Paris and then at the Empire State Building in New York where he took the fruit of a work that for 68 days had all of Manahttan as its subject. That’s how Imprints  was born: his great artistic project that connects the world through the footprints left by passers-by. In these years he has collected footprints in 15 countries, and once he was back home he painted them turning them into magnificent works of art.

Imprints is just one of the many projects he has carried out in recent years. Moved by the desire to sow love and union, for three years he sent a piece of the same canvas, along with a message of peace, to the Italian ambassadors abroad and foreign ambassadors in Italy.

Francesca Cuffari, in her precious interview, uses opening words so dear to the artist:

“Art is his life and his life itself is art, in a seamless relationship, in which man is ‘a spark within a body’.” An expression so dear to the artist from Catania recognized throughout the world for the important communications-contamination activities in which he is personally involved.

But what it is art for him? “It is a companion with whom to share one’s life, not just a profession to be exercised in time. It is an integral part. Picasso supported the idea that art was a deception capable of telling the truth. How can we contradict him?”, he reveals in his interview.

“My idea is to convey the feeling of a boy who raises a thousand questions. My road is projected to find the child that I have inside. Because children are the expression of purity. They do not feel the desire for possessions, but only want to capture the attention of adults. If I became an adult I’d act out the script of a crisis, of grayness and of those everyday speeches. But the real crisis, one that few talk about, is the crisis of thought: we constantly see prepackaged thoughts and without content and that is boring.”

The artist reveals “a creativity all-round”. Over the top, not classifiable. For years he has gone through the process of research in a constant coming and going between the past and the future without forgetting the child that is inside. A sensitive soul that draws lifeblood from his Catania, “which has the power of a volcano set in the land of the three peaks, Sicily, but that still lives in a condition of conservatism.”

The concept of Art takes on many forms. For him it is pure vision put into circulation.

Imprints in the Minoriti courtyard of Catania is also a story you will not forget: “Take the weight of each footprint, dance around them, bind them through love, travel inside the union, feel the warmth, get lost inside their heart, and then relax, look at all the colors.”

And then, here is the force of nature benevolently imposing itself in the leaves in geometric shapes. 39 paintings. Like the watermark of a leaf, as unique as the painting, and at the same time linked with the others as they all come from the same tree. They are leaves collected during a sunrise. Path, tool, travel are three words that precede the dream. We are all leaves from the same tree.

Claudio Arrezzo Trifiletti is many steps ahead. His Art certainly denounces, denounces the evils of the world, but also finds solutions. Thoughts on the writing of “Breathe Art Catania” are a good example: “Catania excites me, it is a soul singing, a dancing heart” …

“I walk, I meet, I see, and before that I feel,” he says. Yes, because through painting, he decodes what he cannot see but what he can feel as his guides are inside feelings. So what warns the artist in the expression of his work, through the colors that bring him to a higher dimension? In his Spring Acrylic painting, he expresses the dimension of thought, which dips into the horizon of a spark that is born to love; in fluid painting the eye sees and reflects what he feels; constructing the acrylic painting confirms his faith on the understanding that “all things are possible to those who believe”, that “love is the center of the Universe” and even “Sovereign of all life is consciousness” and that “there is no growth without error”.

In this “fantastic” trip, he continues his colorful visions in his works: Family acrylic paintings, Codes, Imprints Venice and even poetic Act Venice, in that place which is witness to inspiration: “imprinting means leaving traces.”

And there is his connection to Venice Italy needs love. The happy future is to look beyond appearances. “When we are connected, words are superfluous.”

And then the volcano Aeolian Sicily Acrylic paintings.

How to define the explosion of ideas, thoughts, energy?

Daniela Aquilia, in her review, writes that the source of inspiration are not objects, places or people, but the energy emanating from the matter which becomes the track on which to paint the hectic contemporary communities, bombarded daily by the media. A key to understanding the artist’s work is the underground culture.

There is light in his works like in Notes of Light, described by Carmelo Arezzo Trifiletti as “work that expresses energy and color balance.”